I was asked if there are any more of the yukata labels from my last post to look at so I'm posting a selection.  They're all from a collection I'm selling in the shop. These photos would have been attached to bolts of yukata fabric to show how the fabric would look when the garment was made up. I think these are all post-war, many from the 1960's. 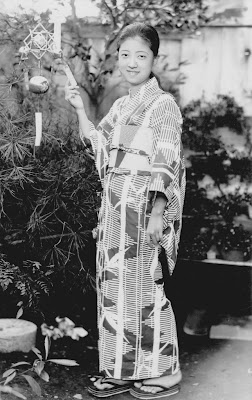 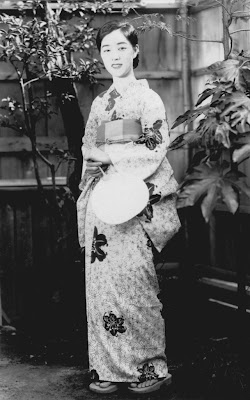 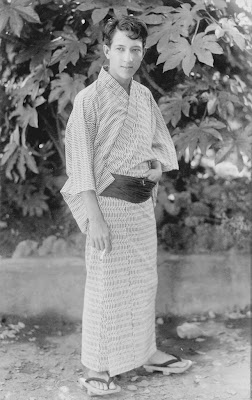 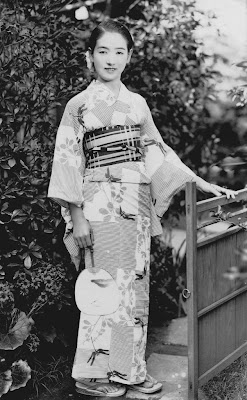 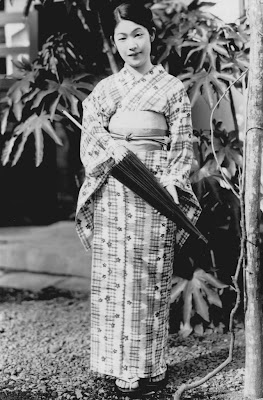 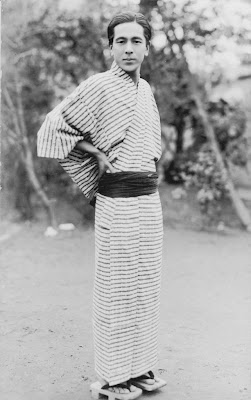 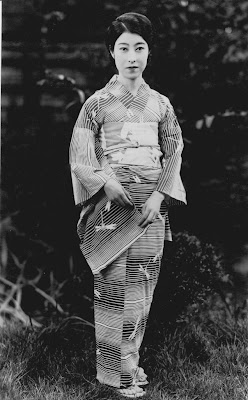 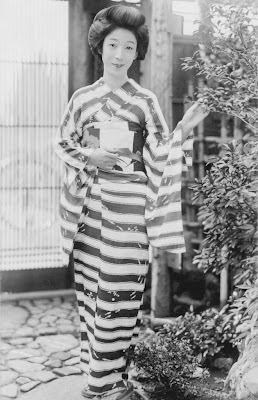 This last one with his unusually cheery smile is my favourite... 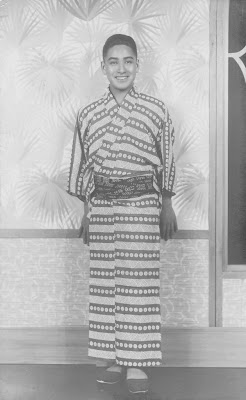 A belated Happy New Year!  I know I'm slow getting started but I really do mean to post more this year.  Here are some items from around the shop to get  started.  We usually have some old china in the shop and this koi plate is one of my favourites... 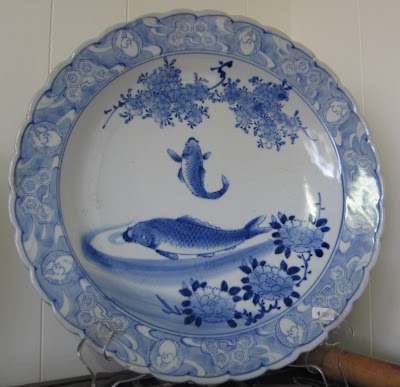 ﻿
I've started stocking some Japanese craft books. They're all inspiring and even though the patterns are in Japanese they shouldn't be too hard to follow. 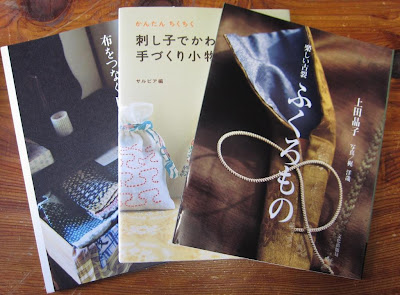 I've got some quirly little kokeshi style ornaments including this pair of kappa. Kappa ﻿ are mythical water sprites who have a taste for cucumbers, among other things, which is why cucumber sushi rolls are called kappa-maki. They have bowl shaped heads which hold a magic liquid from which they gain their strength. They are not always malevolent but if confronted by a kappa you should bow low and when they return your bow the liquid will spill from their heads and they will lose their powers. I should note that there are varying versions of this story. 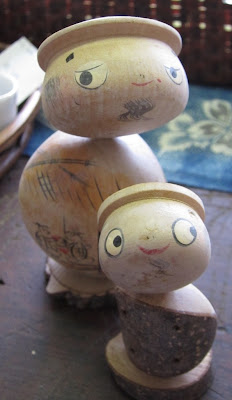 I've been trying to sort out some of our paper and hope to be putting more out in the next few weeks... 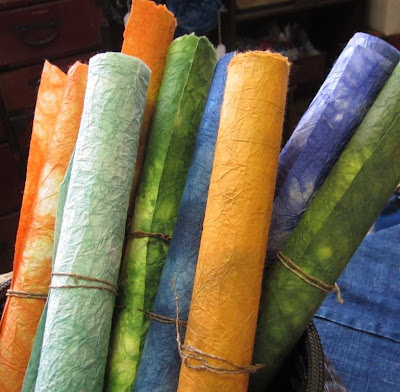 ﻿Takashi put out some more chisels and saws over Christmas. The old Japanese tools are always popular. We had one family come in looking for saws  because a book on woodworking with children recommended Japanese saws for children to learn on. I guess they're easy to use because they have good solid handles and cut on the pull. 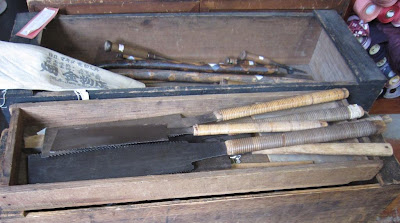 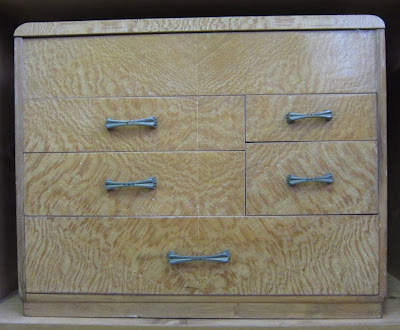 I'm not usually one for pinks and florals ﻿but I love the simple prettiness of this silk and I especially love the seersucker texture: 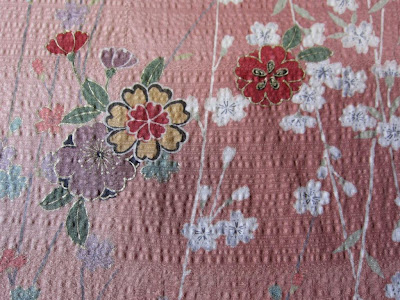 We have lots of these photo cards which were used as labels on cotton yukata  fabric to show what the fabric would look like when it was made up into a garment: 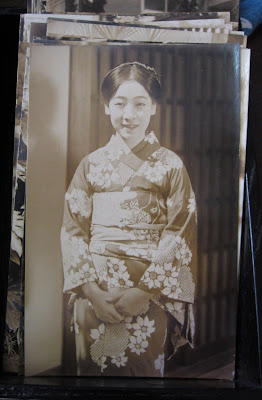