I'm sorry it's nearly a month since my last post! I'm full of good intentions but time slips by while I'm busy with the shop and family.  This week our family  said good bye to our much loved Millie. So in her honour I'm posting some Japanese dogs from my collection.  We don't often see dog motifs on fabric  - the yukata piece below is the only one I have in the shop at the moment.

The first one is an old, very small hand stitched  toy with a string to hang it as a decoration. It is the same basic pattern as a traditional sarubobo monkey doll. 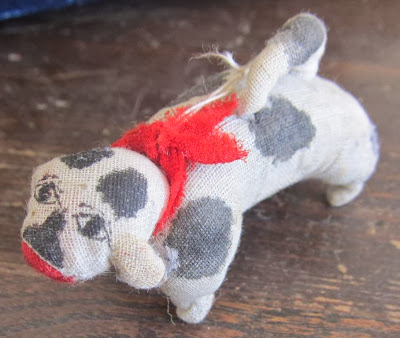 Next is a panel of wool mosu ('muslin') with nationalistic symbols and scenes typical of  many boys' kimono and men's nagajuban undergarment  fabrics in the 1930's. 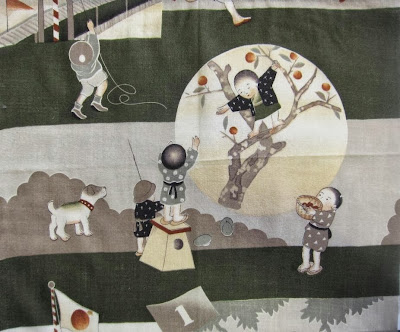 This little wooden ornament is a Tosa fighting dog from Kochi prefecture in it's full regalia (not that I want to endorse dog fighting!) 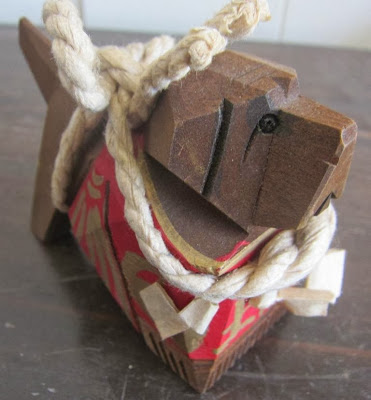 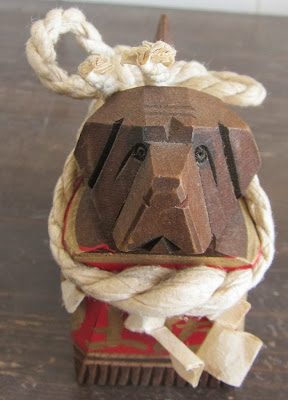 From a roll of children's yukata fabric, probably 1960's: 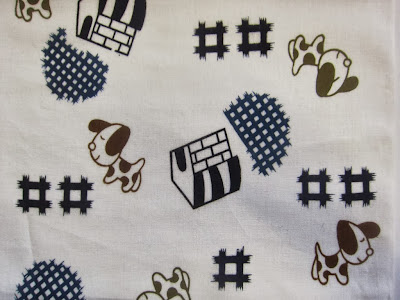 One of the most well-know traditional Japanese dog images is the paper mache ' inu hariko' (though a lot of people mistake it for a cat!) 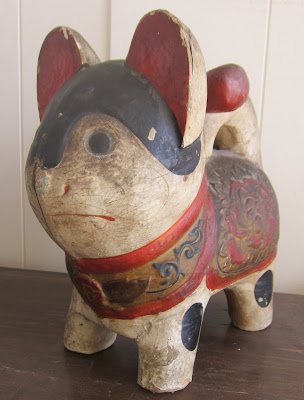 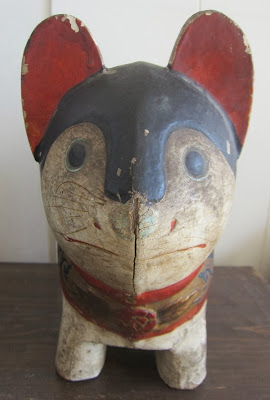 Because of the ease with which dogs give birth the inu hariko has traditionally been used as an amulet for safe and easy childbirth. The following image is from a very old manual for women (circa late 18th century) and gives  instructions on preparing the expectant mother's room, including placing an inu hariko in the room. 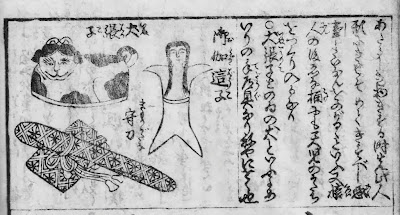