I've had some interest in this photo from an old post I made in 2013.  You can see the original post  here.  The  photo seems to have made it's way  around the internet to Reddit and I've been asked about the context.  I'm not surprised - I love this photo! 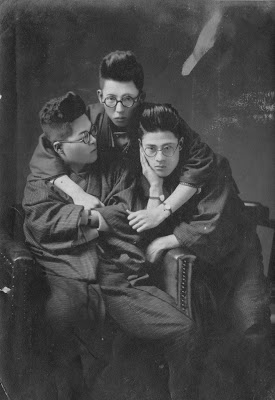 The photo is from an old album that my husband Takashi bought in 2012/13.  Some photos in the album are dated 1934 but  we  think this photo is earlier   -  probably 1920's. The album has photos from Kurashiki and the  Seto Inland Sea so it  might be from  Okayama - we don't know.

One of the  comments on Reddit questions the authenticity of the photo based on both its quality and the hairstyles. I can assure that person  that both the photo and the hairstyles are 100%  authentic. If you look at my original post there is photo from another album  of a fairly conservative looking young man with a similar style: 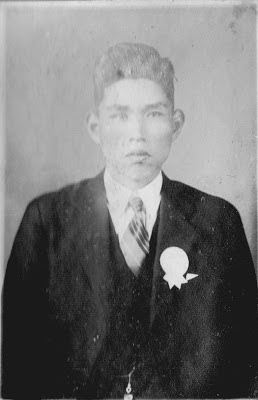 This  was an exciting  time of 'Taisho  Democracy' liberalism  when  relatively wealthy  mobo ('modern boys') and moga ('modern girls') set the fashion.  Here's some more 'old school cool' from the same album - most of the photos in the album  are a bit  more conservative than this: 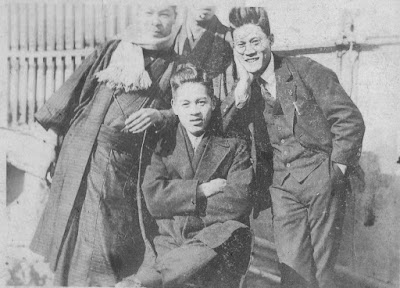 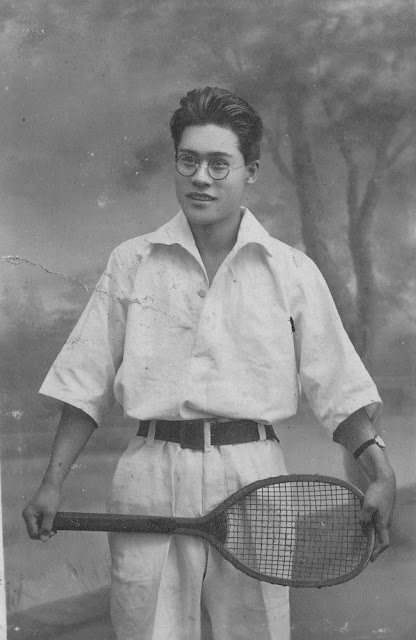 As some  also commented on Reddit, the world would have soon changed dramatically for these young men and there's every chance they didn't survive  beyond  1945.
Posted by Jan at 1:15 AM 1 comment: Links to this post