I'm taking a short break to refresh and catch up with some jobs around the house. The shop will re-open on Tuesday 26th August.  I'm still taking mail orders.
Thanks.  Jan
Posted by Jan at 11:29 PM No comments: Links to this post

Today I'm having a display to coincide with the handmade market in the hall next door. I have a small collection of shibori-dyed nagajuban  undergarments.  These are the traditional equivalent of a petticoat. The collar is usually a plain white cotton which allows a han-eri collar to be tacked on, which is then visible at the neckline of the kimono. These  are all nagajuban from the early-mid 20th century. 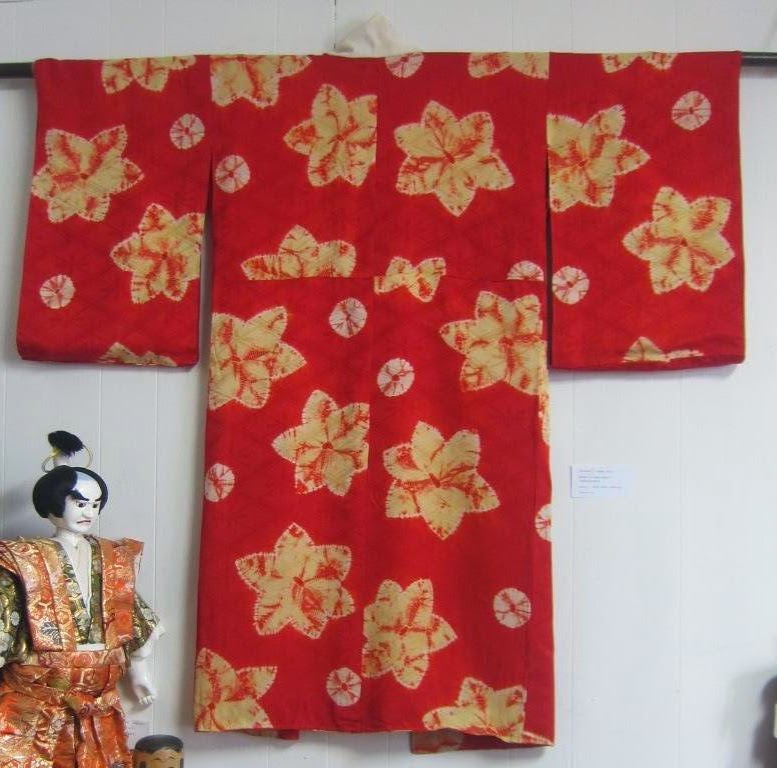 . Shibori literally means' to squeeze'  and includes a wide variety of resist techniques involving tying, stitching, folding,  wrapping or clamping the fabric before it is dyed. It has traditionally been used on a range of textiles from fine silk kimono through to the simple home-dyed cotton nappies that I showed here a couple of weeks ago. 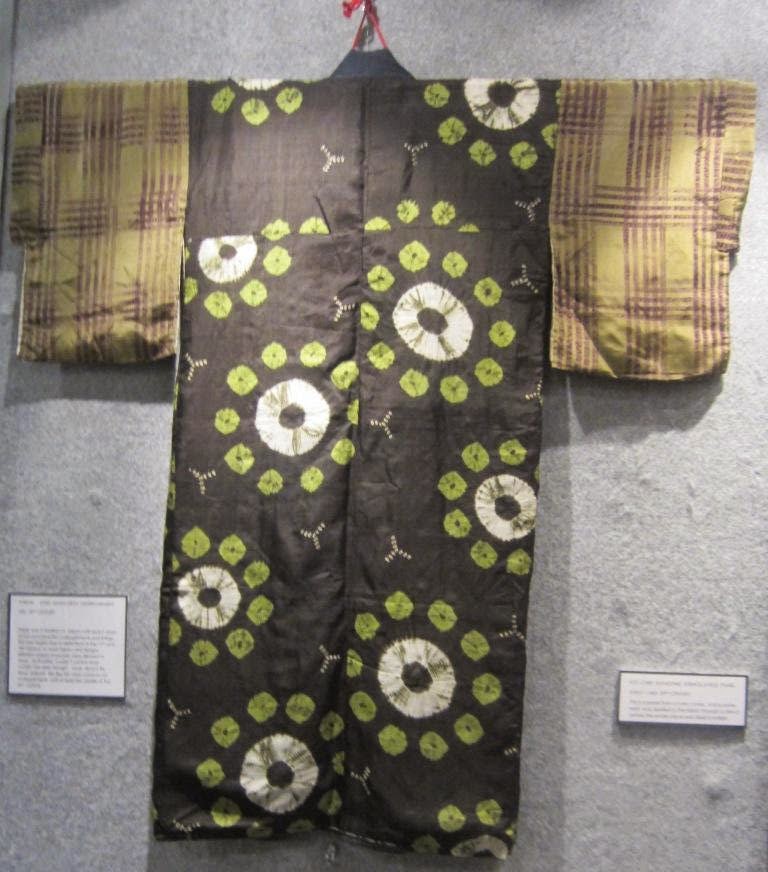 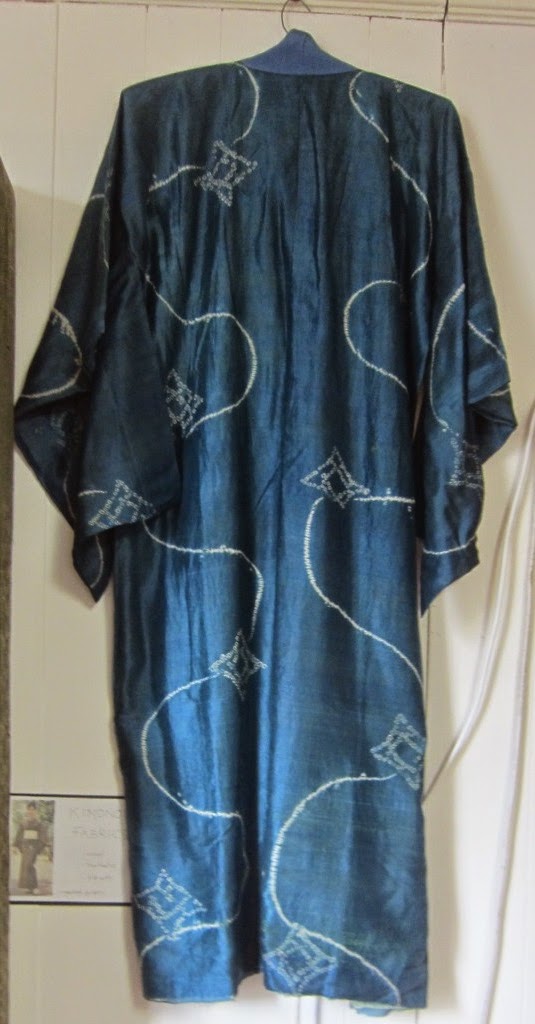 There was a tradition in Japan of wearing very rich and often colourful linings and undergarments. This developed largely in the Edo period (1600-1868) when there was a series of sumptuary laws which attempted to control what fabrics, colours and designs different classes of people could wear. The growing merchant class  has the money but not the official status to wear rich, silk fabrics and so these would be worn on the inside or under their kimono where they couldn't be seen...except by those who knew them well.  The nagajuban here are example of  the continuing influence of this tradition in the early -mid 20th century. Sadly the tradition died out in the post war years and  nagajuban now tend to be bland white and pastels. 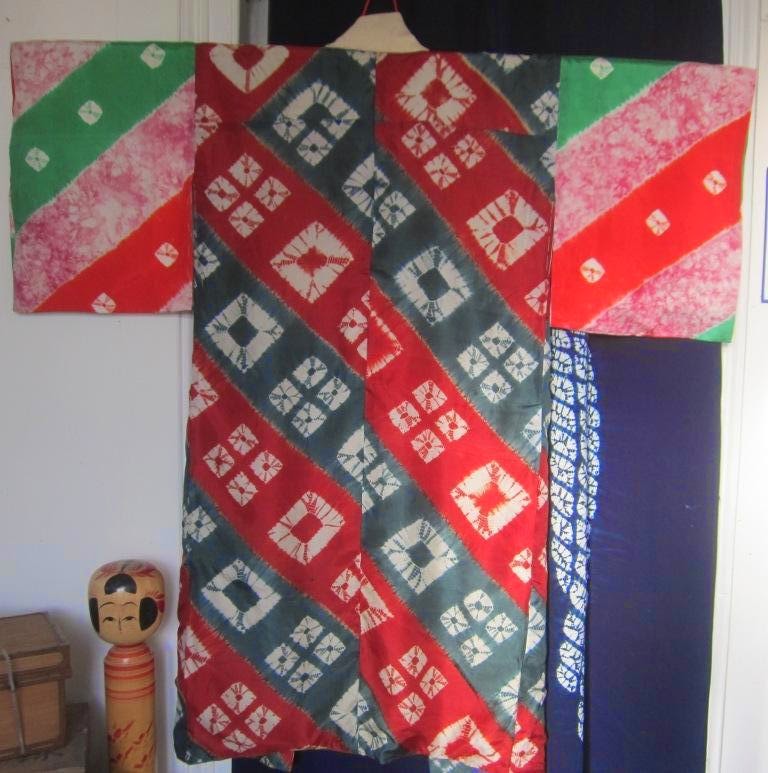 The sleeves and lower half of the next one are wool 'mosu' (Japanese muslin) printed to look like stitched shibori. The upper half is actual shibori on a cheap cotton. 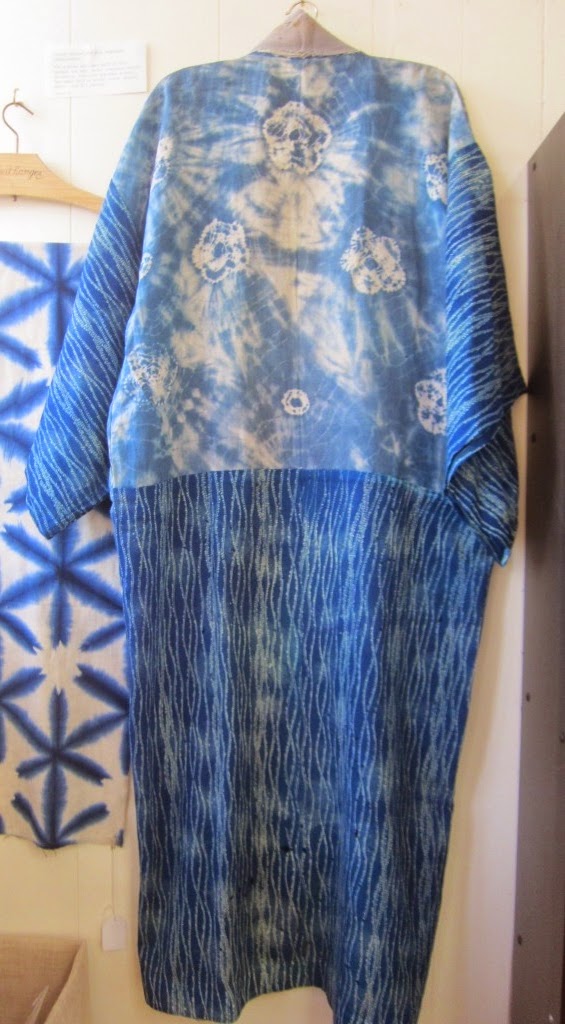 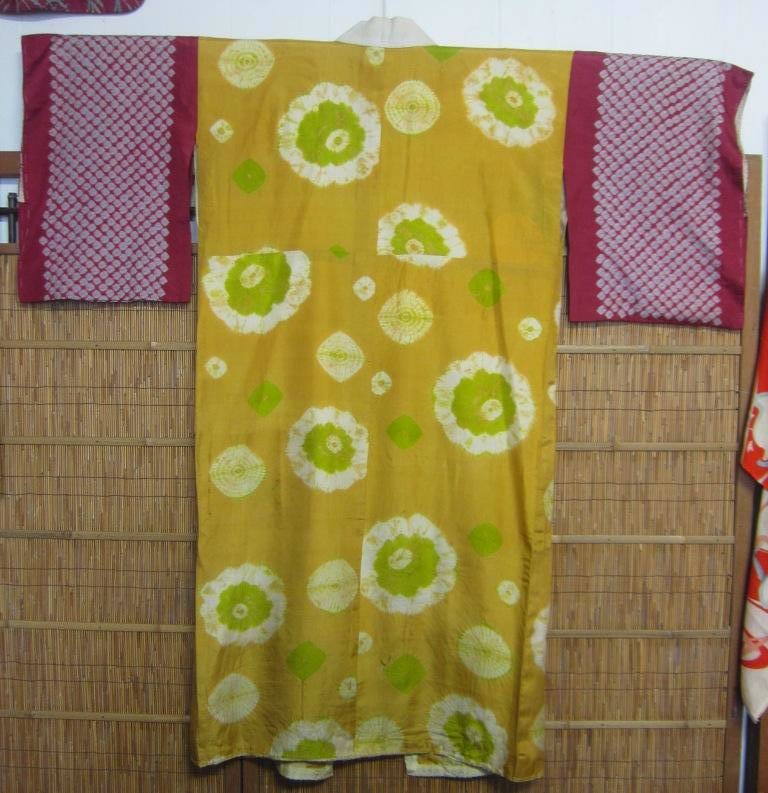 The next one  has been made from fabric oddments. The sleeves are kimono silk the bottom half is a wool or wool blend nagajuban fabric and the upper half ia shibori dyed cotton and probably quite a bit older than the other pieces 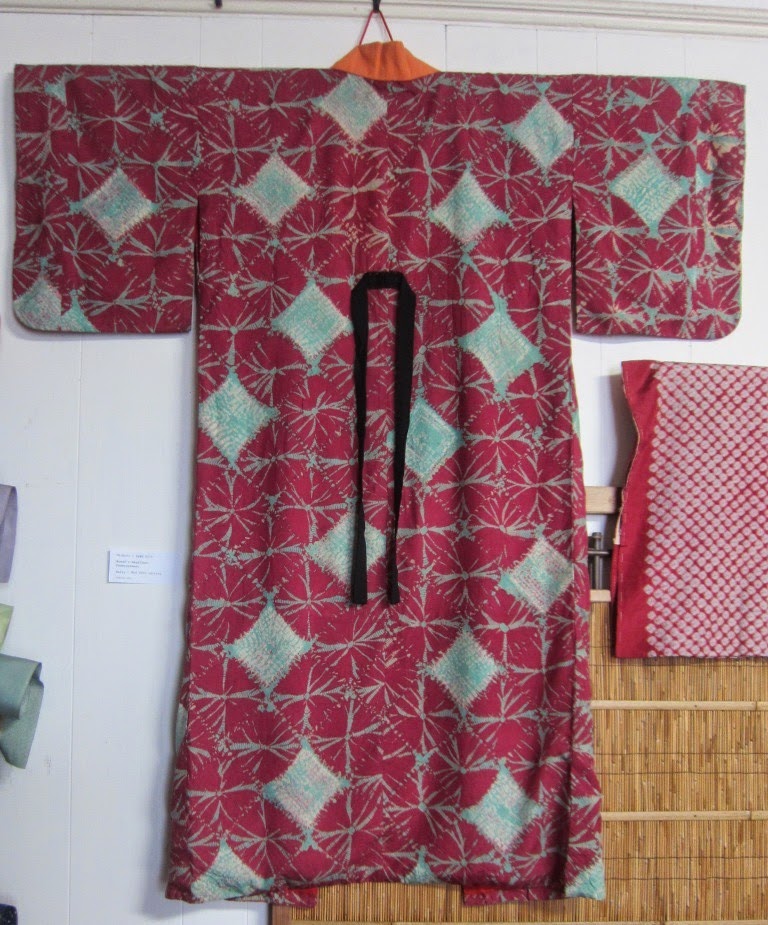 This patchwork nagajuban has been pieced from remnants of kanoko silk shibori, most of these have been hairbands used in traditional Japanese hairstyles. 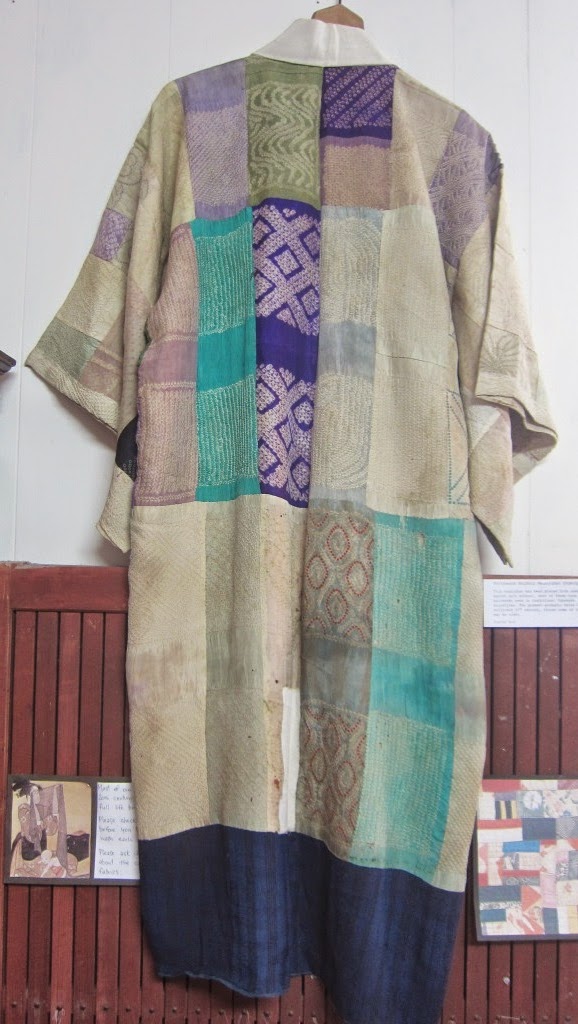 Today is the anniversary of the bombing of Hiroshima so it seems a good chance to show this beautiful and moving book that I was introduced to recently. Japanese photographer Ishiuchi Miyako was asked to photograph clothing and other items in the collection of the Hiroshima Peace Memorial Museum. The garments have been photographed back lit on a light box which adds to their poignancy and sense of fragility. There is a small amount of text which is in both Japanese and English. 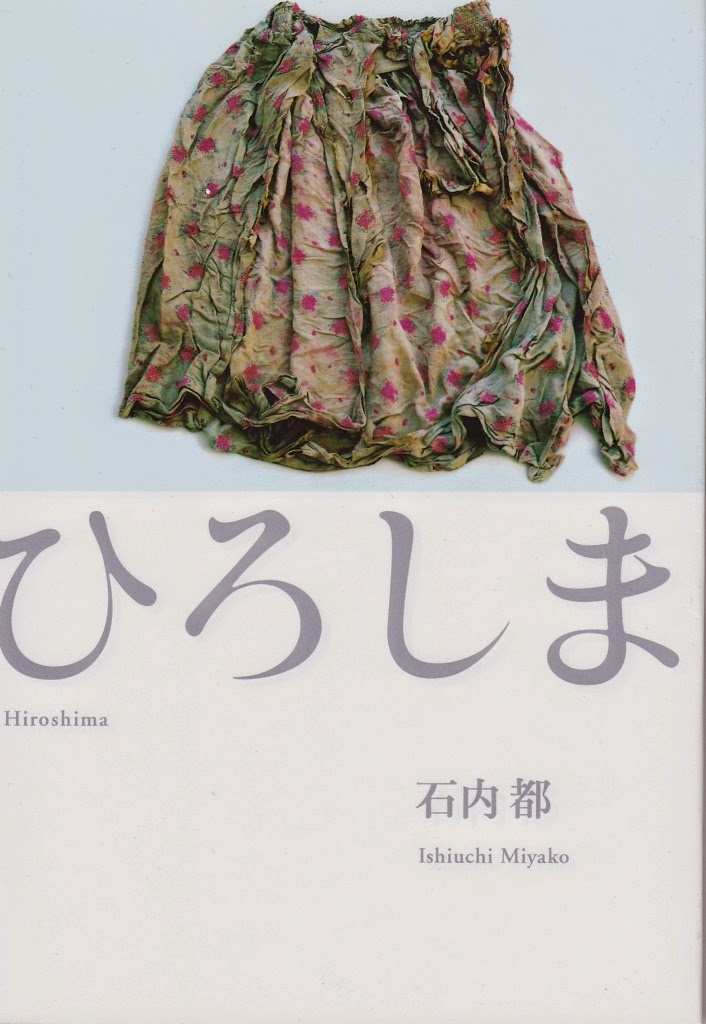 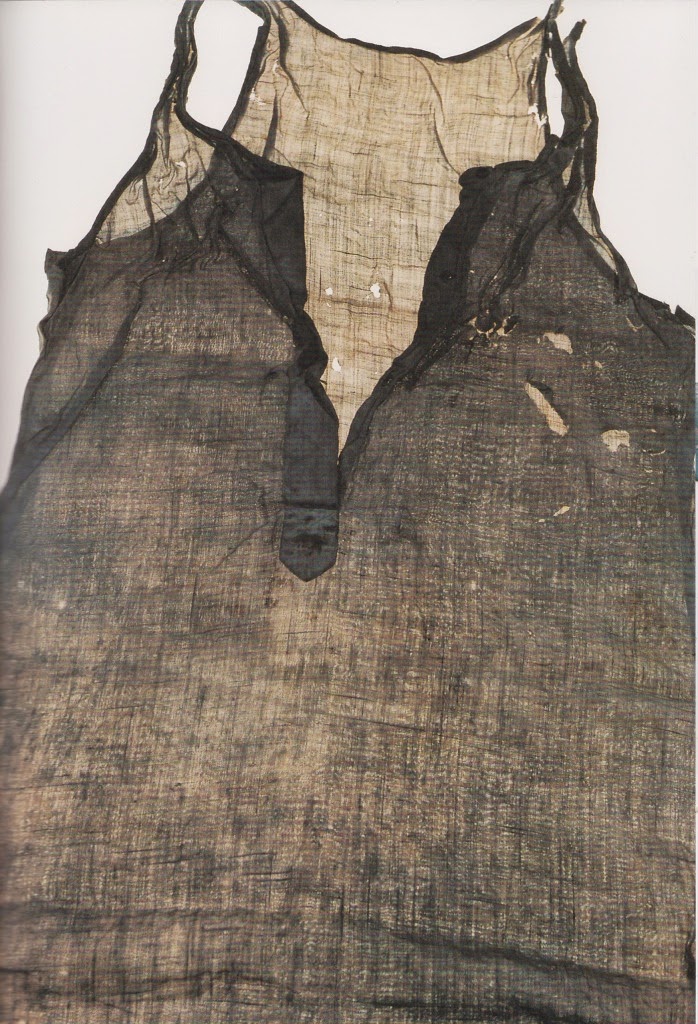 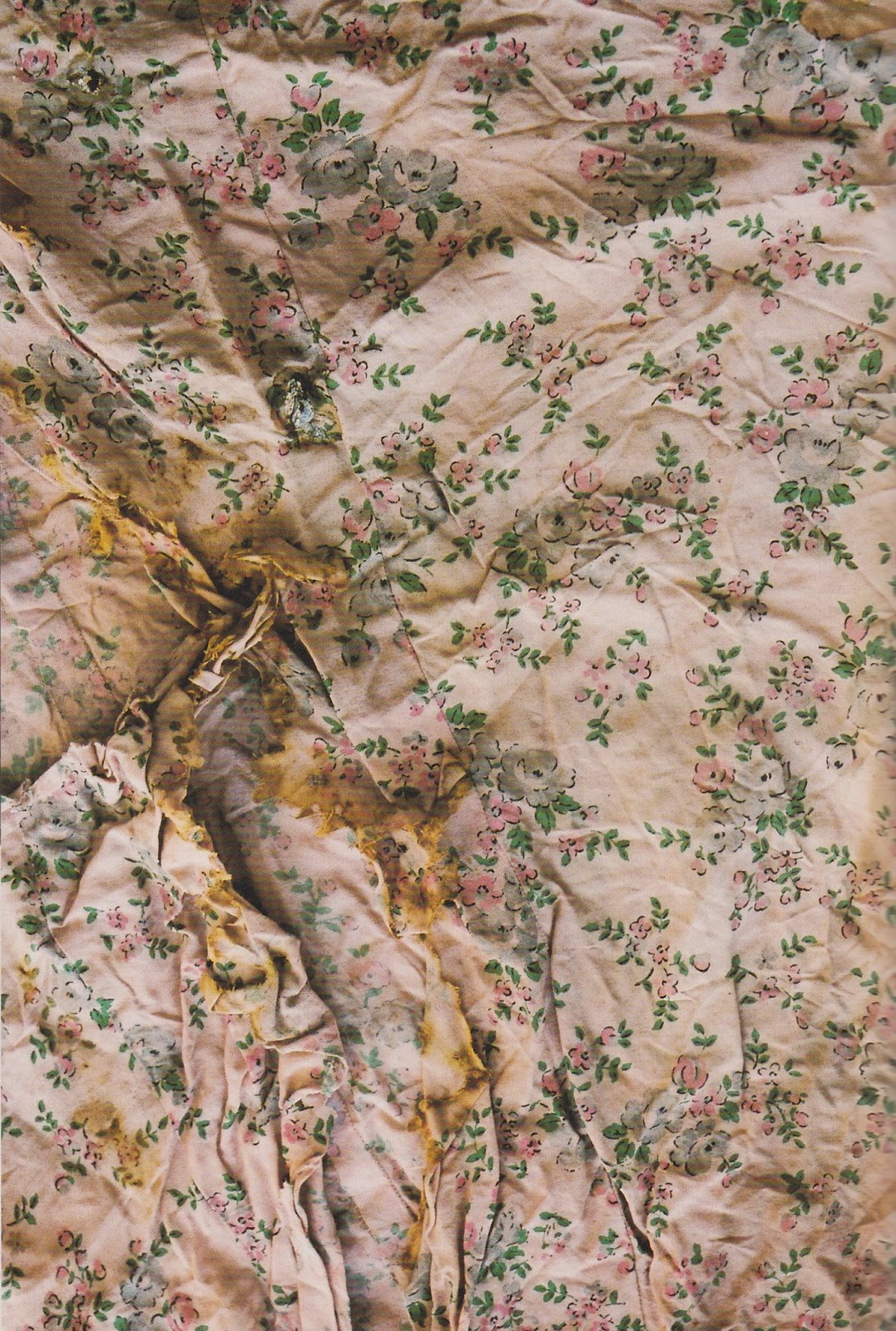 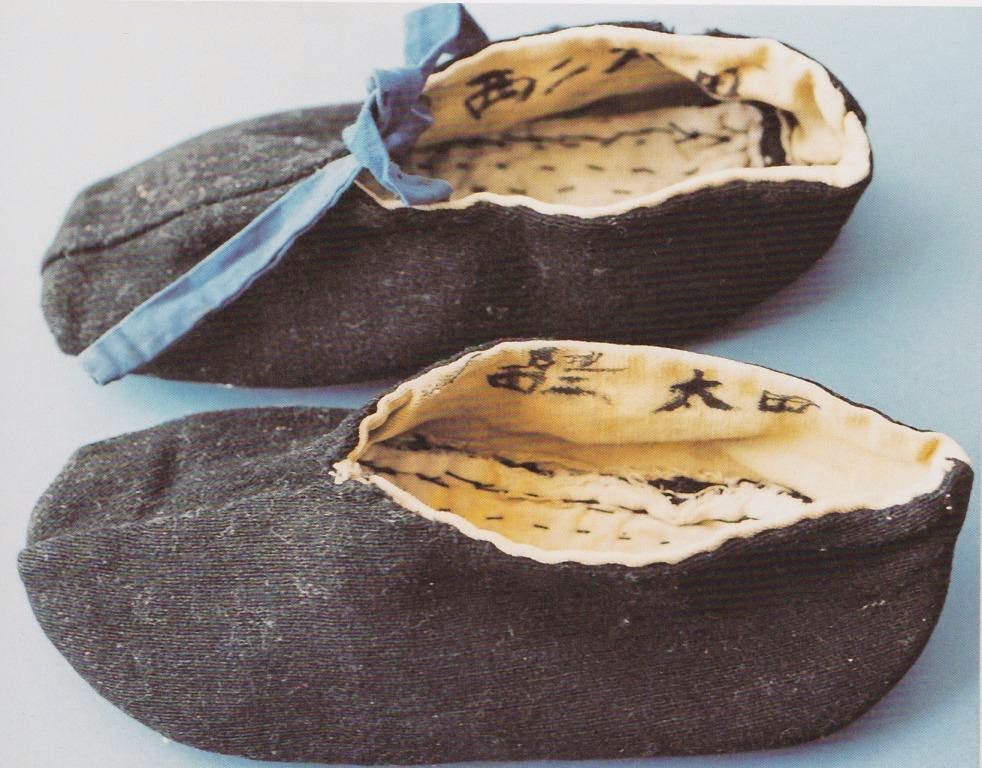 I bought my copy from Amazon Japan but it might also be available else where. There is a DVD also.
Posted by Jan at 4:57 PM No comments: Links to this post