These lovely old Japanese postcards are from an album in my collection.  Most are dated 1905-6 (some a little later) and were posted to a Mr Hanaoka in Shanghai,  a few  with a  mixture of Japanese and English writing.   I've selected my favourite  images of Japanese women from the album.

This first young woman with a knowing look has a western style hairdo. The portraits with the softer western styles seem much less formal than the women with their tighter Japanese chignons. 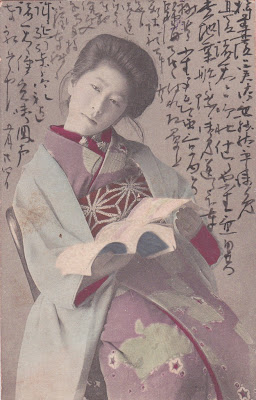 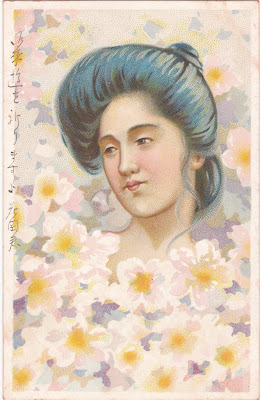 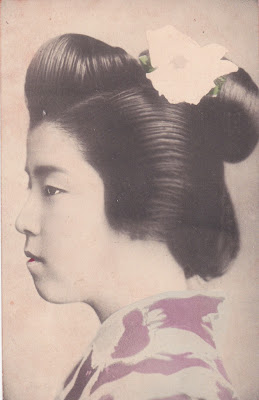 The English caption on the next one reads 'Wishing you will not slaver when you see this lady' (!)﻿ 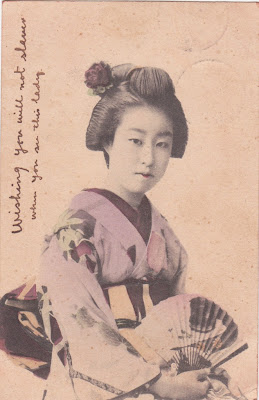 Another woman with a softer western style hairdo in a relaxed pose with western furniture but a very traditional Japanese insect cage. 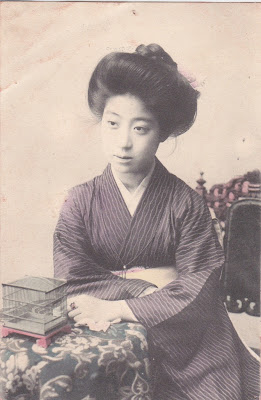 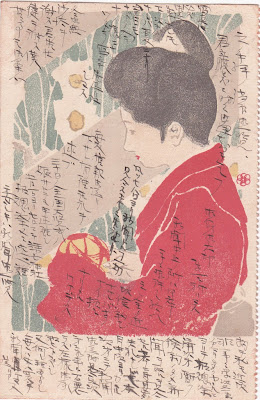 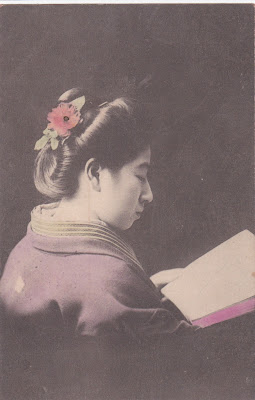 It's unusual to see a portrait of a  Japanese woman of this period smiling and showing her teeth. I love this picture. ﻿ 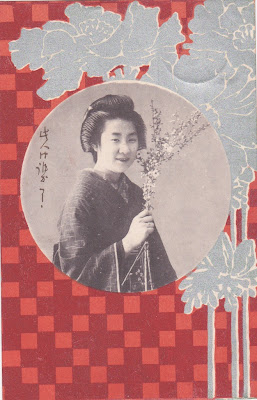 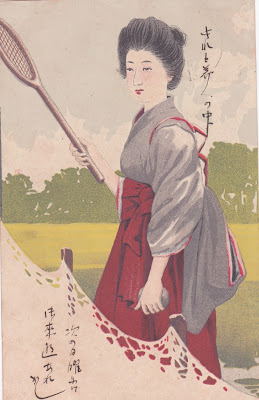 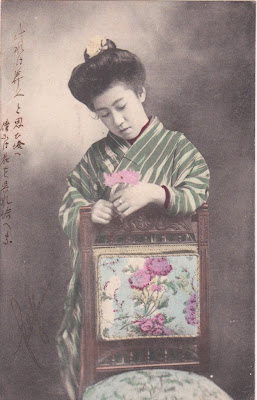 This final postcard  was never posted. I suspect Mr Hanaoka just enjoyed having it in his collection.` The caption in Italian, French and English reads 'Japanese women bathing in the house'. 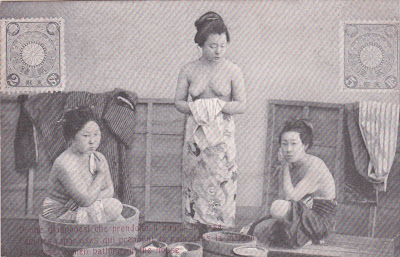