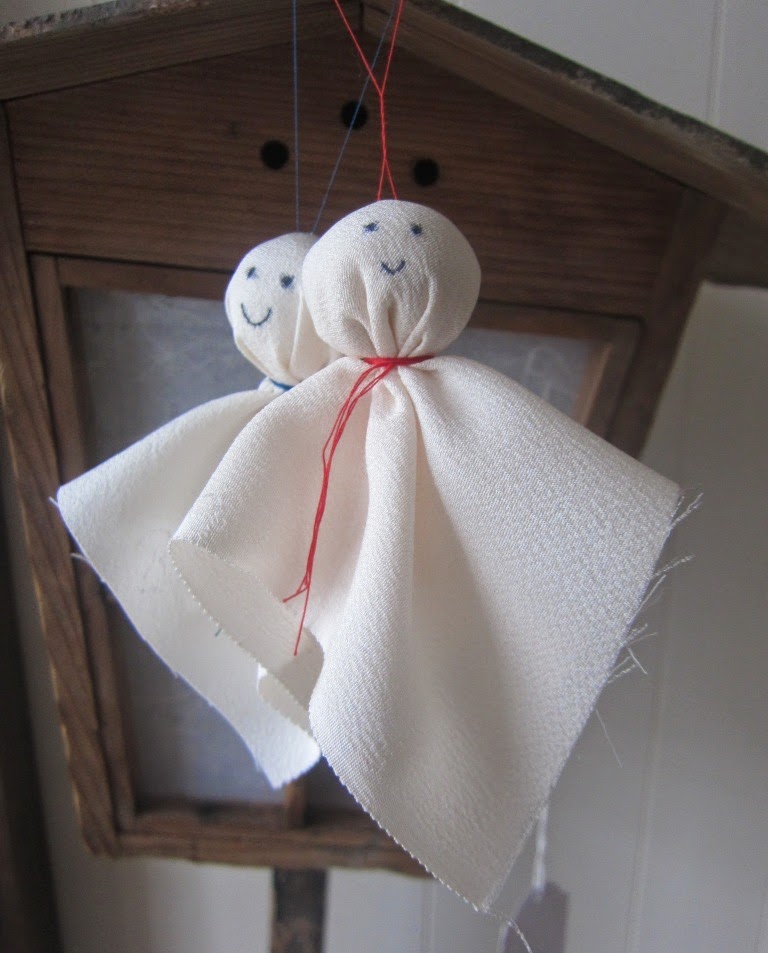 Teru Teru Bozu (lit. ‘shine shine monk’ ) are traditional Japanese amulet dolls made of cloth or paper which were hung under the eaves of farm houses to bring good weather. They are often associated with the Japanese rainy season in June and early July. During the Edo period (1600 – 1868) they also became popular with city children wishing for fine weather the next day. On the other hand, if you do want it to rain apparently you should hang your teru teru bozu upside down!

They're quite simple to make  even without a kit.  Form a small ball out of  a scrap of wadding, fabric or even a couple of tissues and place it in the centre of a square of fabric or paper.  Tie some thread tightly around the neck  and draw on a face. Then attach another piece of thread to top of the head.

For anyone in the Hobart area our sale is on until the 2nd August.

Posted by Jan at 10:33 PM No comments: Links to this post