I've just put this piece of boro on the website. It's a large, very old  futon cover  that's been opened out lengthwise.   The main panel is a piece of tsutsugaki.  Tsutsugaki  is created by drawing a rice-paste resist design on to the fabric with a tsutsu (a cone a bit like an icing bag).  It's then dyed in indigo and sometimes  other colours are added.   The back of the fabric has been extensively patched with  plain, striped and checked indigo - which of course is the bit that we  boro fans love! It dates from late 19th - early 20th century.  The tsutsugaki panel would originally  have been an expensive piece, not something peasant farmers or workers could have bought,  so there will have been an interesting story as to how to came to be in such a humble state. 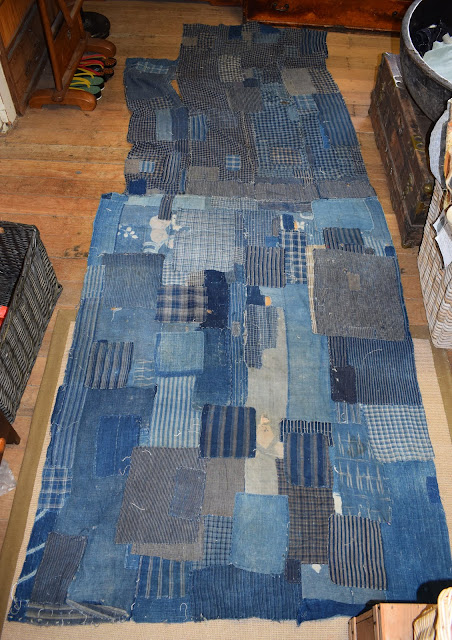 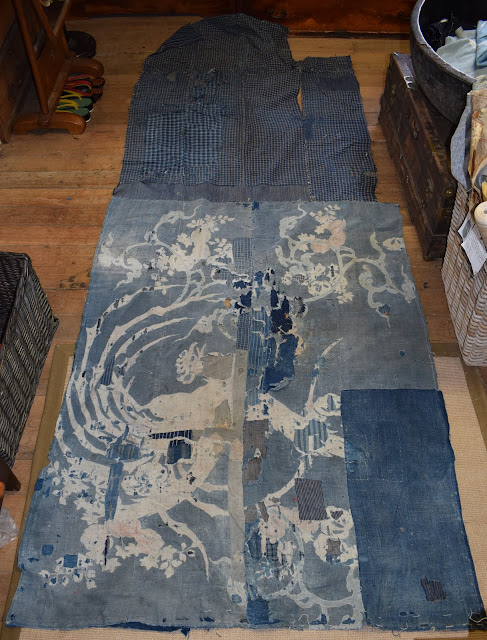